Using a sledgehammer to kill a fly: the License Appeal Tribunal

Access to justice means providing equal access for all citizens, not just for large corporations and wealthy individuals.

For years consumers have voiced serious concerns about lack of a level playing field for new home buyers who appeal Tarion’s warranty decisions at the Ontario License Appeal Tribunal (LAT).

Consumers have been telling their MPPs, LAT management, and Ontario Government ministries for years the LAT is not  a “fair, timely and accessible dispute resolution” forum, as promised in the Tribunal’s mission statement.

The onus of proof is on the homeowner to prove often highly complex construction defects. There is an asymmetry of information since Tarion has information from the builder on what he did, but the consumer is left on his own to try to discover exactly what the builder did wrong.  Experienced litigation lawyers use adversarial tactics like attacking the credibility of witnesses, using procedure and case law to confound the opponent, using delays, motions and other wearing-down tactics, these are all part of business as usual in the courtroom.

It is no wonder consumers lose over 90% of the time at the LAT in appeals from Tarion decisions.  With these odds, many have given up even trying. And the wrong-doers walk away scot free.

We’d all like to come to court with the best lawyers money can buy, and thereby increase our chances of winning. But the number of self-represented litigants is growing. Lawyers have priced themselves out of the middle class market, and the access to justice problem grows. This has raised alarm bells at the highest levels of the judicial establishment, with many senior judges and policy-makers saying that we can’t continue with a legal system where only large corporations and the wealthy have access to justice.

Why isn’t the LAT providing solutions to the many access to justice problems they’ve known about since at least 2007?

In early 2014, I wrote to the LAT’s Vice-Chair, Mr. Yee, and asked him what he will do to improve access to justice for consumers at the LAT. I asked how the Access to Justice Report “A Roadmap for Change” (Oct. 2013) commissioned by the Chief Justice of Canada would be affecting the LAT. He responded the LAT would be implementing measures in line with recommendations in the federal report.

Aside from these promises by both the LAT and its oversight body, SLASTO, nothing concrete seems to have been done.

Problems such as missing court recordings, (in the 2015 Ferland/Ferenc case where complaints about bullying are “missing”); prolonged delays in hearings ( 1 1/2 years to accommodate lawyers’ schedules is not timely resolution); unreasonable delays in rendering decisions, (130 days is not within the 30-day given time-frame); allowing adjudicators’ to self-judge complaints about their own conduct… all these disturbing incidents have taken place since the LAT’s promise to improve.

MPP Randy Hillier, the PC Justice Critic, asked the Attorney-General in the Legislature last week on Oct. 21st and 22nd, 2015 when she will modernize the out-dated, complicated, and inefficient Tribunal model in Ontario.  She has been made aware of serious process problems at the LAT since taking office in 2014.

If the LAT is consulting with consumer stakeholders for suggestions on how access to justice could be improved, here are a few: 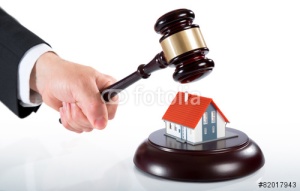 5 responses to “Using a sledgehammer to kill a fly: the License Appeal Tribunal”