Using a sledgehammer to kill a fly: the License Appeal Tribunal

Access to justice means providing equal access for all citizens, not just for large corporations and wealthy individuals.

For years consumers have voiced serious concerns about lack of a level playing field for new home buyers who appeal Tarion’s warranty decisions at the Ontario License Appeal Tribunal (LAT).

Consumers have been telling their MPPs, LAT management, and Ontario Government ministries for years the LAT is not  a “fair, timely and accessible dispute resolution” forum, as promised in the Tribunal’s mission statement.

The onus of proof is on the homeowner to prove often highly complex construction defects. There is an asymmetry of information since Tarion has information from the builder on what he did, but the consumer is left on his own to try to discover exactly what the builder did wrong.  Experienced litigation lawyers use adversarial tactics like attacking the credibility of witnesses, using procedure and case law to confound the opponent, using delays, motions and other wearing-down tactics, these are all part of business as usual in the courtroom.

It is no wonder consumers lose over 90% of the time at the LAT in appeals from Tarion decisions.  With these odds, many have given up even trying. And the wrong-doers walk away scot free.

We’d all like to come to court with the best lawyers money can buy, and thereby increase our chances of winning. But the number of self-represented litigants is growing. Lawyers have priced themselves out of the middle class market, and the access to justice problem grows. This has raised alarm bells at the highest levels of the judicial establishment, with many senior judges and policy-makers saying that we can’t continue with a legal system where only large corporations and the wealthy have access to justice. 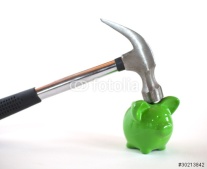 Why isn’t the LAT providing solutions to the many access to justice problems they’ve known about since at least 2007?

In early 2014, I wrote to the LAT’s Vice-Chair, Mr. Yee, and asked him what he will do to improve access to justice for consumers at the LAT. I asked how the Access to Justice Report “A Roadmap for Change” (Oct. 2013) commissioned by the Chief Justice of Canada would be affecting the LAT. He responded the LAT would be implementing measures in line with recommendations in the federal report.

Aside from these promises by both the LAT and its oversight body, SLASTO, nothing concrete seems to have been done.

Problems such as missing court recordings, (in the 2015 Ferland/Ferenc case where complaints about bullying are “missing”); prolonged delays in hearings ( 1 1/2 years to accommodate lawyers’ schedules is not timely resolution); unreasonable delays in rendering decisions, (130 days is not within the 30-day given time-frame); allowing adjudicators’ to self-judge complaints about their own conduct… all these disturbing incidents have taken place since the LAT’s promise to improve.

MPP Randy Hillier, the PC Justice Critic, asked the Attorney-General in the Legislature last week on Oct. 21st and 22nd, 2015 when she will modernize the out-dated, complicated, and inefficient Tribunal model in Ontario.  She has been made aware of serious process problems at the LAT since taking office in 2014.

If the LAT is consulting with consumer stakeholders for suggestions on how access to justice could be improved, here are a few:

“Moral Hazard” and the Tarion monopoly

Many new home buyers have found themselves in court, at the License Appeal Tribunal (LAT), trying  to get compensation for construction defects from Tarion, the government monopoly. All buyers of new homes pay a mandatory warranty fee passed on to them by new home builders in the agreement of purchase and sale.

At the Tarion Annual Public Meeting (01/06/15) a consumer asked Tarion how much it spends on outside litigators to fight homeowners in court, in addition to their in-house lawyers. Tarion replied it was “unable to provide specifics“; see Tarion website “Annual Public Meeting summary, 2015”.  Tarion can provide specifics, but they apparently don’t have to . Tarion is unfortunately not subject to any scrutiny by the Ombudsman of Ontario or the Auditor General. Its been described as a “black box” by a former prominent MPP.

For Bay Street law firms who can bill anywhere from $800-$1,000 an hour, to score a client like Tarion is a match made in heaven.

But for consumers, mostly self-represented due to the high cost of litigation lawyers, this creates an uneven playing field. The “asymmetry of information” in these cases where Tarion aligns its interests with the builder’s to get rid of claims, adds to the unfairness of the using the courtroom to resolve disputes. The homeowner has the burden of proof to prove defects in a home he didn’t build. He has to pay as well for expert engineers, while Tarion can afford top engineers and top lawyers paid for by the warranty fund, without disclosing these costs to anyone.

Since Tarion has greater access to information, unlimited access to lawyers and engineers, no disclosure of legal expenditures, this seems to create a “moral hazard” for consumers. A moral hazard occurs when a party with more information may be tempted or incentivized to behave inappropriately in relation to the party with less information and resources, in this case the consumer.

Time and time again, experience tells us we can’t blindly trust large corporations to “do the right thing” – without constantly monitoring them. Even more so in the case of government monopolies with weak oversight like Tarion. Trust us, we’re protecting consumers, but no one can verify it.

Unfortunately Tarion can take greater risks in litigation because they have deeper pockets, they don’t have to disclose their legal costs to the public, and they win most of the LAT cases, 94- 99%.  If they had to pay a fixed fee to a law firm for all their legal work, they may be incentivized to fight fewer cases in court, to work harder at problem-solving, and to shorten the length of litigation. Long, complex, costly court cases only favor deep pocketed corporations and their lawyers, not the consumer or the taxpayer.

Where’s the incentive in the Tarion system for shoddy builders to mend their ways? The commercial interests of Tarion’s outside lawyers are mis-matched with those of consumers who just want their homes fixed and their lives back. No one in authority is monitoring whether this system is fair or balanced for the consumer, no one is scrutinizing whether Tarion is actually doing what its supposed to be doing – protecting consumers and regulating the industry.

The consumer and the taxpayer bear the burden of this lack of oversight.  With 8 builders on Tarion’s board, its no wonder this monopoly continues to make builder-friendly policies. Tarion seems to have been “captured” by the very industry it is supposed to regulate, a phenomenon economists call “regulatory capture”.

A recent letter I received from an MPP this week stated: “Tarion has a built-in interest to enforce strong building and customer service standards, since preventing bad builds is less expensive than honoring a warranty and pursuing the builder in court.”

“Preventing bad builds“? Tarion isn’t doing that. All you have to do is read the press reports of class-action lawsuits for faulty new construction and falling glass in Toronto. How is this “less expensive“? Tarion won’t disclose its legal expenditures. “Pursuing the builder in court“? Tarion doesn’t pursue the builder in court, Tarion aligns itself with builders and fights consumers in court (LAT) over warranty coverage. Whoever wrote this sentence has never attended a LAT hearing which is a two-on-one, Tarion and the builder’s lawyers fighting the self-represented consumer.

Good luck to those who believe Tarion has “a built-in interest” to clamp down on shoddy builders because its “less expensive than honoring a warranty and pursuing the builder in court.” In a recent LAT hearing (link below) lawyer Bob Aaron concluded the homeowner shouldn’t have had to go to the LAT to get his squeaky floors fixed. Just because it might cost money we can’t trust Tarion to avoid the courtroom. We need effective oversight and monitoring to ensure Tarion will not resort to the courtroom (LAT) simply because they know that’s where they usually win.

Perhaps a suggestion to deter over-lawyering: make Tarion pay the consumer an amount out of the warranty fund equal to what Tarion itself plans to spend on legal and engineering fees.  The playing field needs to be fair in order to achieve a just solution for all parties.

Current discussions in the Legislature on Bill 106, the Condo Act, need to focus on how to prevent disputes before they begin, how to make Tarion clamp down on shoddy building, provide protections for buyers of freehold homes as well, and make Tarion assume its responsibility as regulator of the industry. No more courtroom quagmires where deep-pocketed corporations have the balance of power.

The myriad of class action lawsuits for falling glass facades in Toronto is a huge problem for society which may have been prevented by proper oversight of building methods and materials. Now the costly finger-pointing has become a legal whodunnit with huge costs to our families and our city left with a stock of sub-standard buildings.

The link (below) to a legal analysis of the falling glass problem starts off with – “Of particular concern to buyers and to the public is the fact that these incidents (falling glass facades) continue to appear in the news.” Not so. Actually buyers are served by these incidents being made public, as well as the names of the builders, if Tarion’s Builder Directory were accurate. The average consumer is not served by shifting these problems to the courtroom.

Tarion as industry regulator needs to clamp down on shoddy builders it continues to license, and increase mediation and dispute resolution for new home buyers. But it needs to be effectively monitored by an independent authority such as the Ombudsman or the Auditor-General. (Bill 60′s recommendations)

It’s time for our legislators to stop blindly trusting Tarion, stop enabling them while they seem to end up shielding shoddy builders from accountability and filling the coffers of high-priced law firms.

re: to court for squeaky floors